WoW: Loremaster achievement? … Really you should! 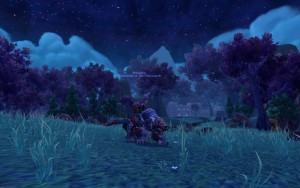 No clue what WoW in the title means? It’s an MMORPG and it’s called World of Warcraft. As for the rest of you, this post describes my 9 months in WoW and why I advise you to go for the Loremaster Achievement. Well, maybe not if you’re a total PvP freak but that’s a bit to chaotic for my taste 😕

I’ll briefly run you through my 9 months up to the point where I’m now. Starting WoW as a total newbie I chose a human called Nobroody. After reaching level 10 somebody told me I was a warrior. Huh? Oh 6 different classes, cool! 🙂 So keeping my nose to the grind stone it took me approximately 6 months for my warrior tank to get to 80 and get a feel for the talents, stats, and spells. Only then for the real work to start … tanking. It felt as being fairly exhausting, my gear wasn’t raiding material yet and I was reluctant to start raiding as it felt to stressful.

During my fun playtime with my fellow guildies I was totally swept of my feet by the night elfs so I started a new toon, a druid called Broodala. I leveled as feral, as I was adviced by one of my guildies, and changed to balance at level 75. Reaching 80 briefly thereafter i’d decided to make this my main. As my guild –The Old Guard– has an immense social ring to it I contacted one of the officers that this was gonna be my main. It would take a few weeks for I could participate in raids with this one. So ahead lies a nice period to grind for emblems and upgrade my gear. 2 weeks after that my gear levels were up to 200-226. I am now saving up for a few tier9 items, but then this toons is sort of maxed out (aye, also the fishing, cooking and weapons skills).

Totally smitten by my elf, I planned to dual spec balance/resto, thus having 2 roles and contribute to my guild. Although I like teaming up with my guildies a lot, I can’t deny the fact that I’m somewhat of a lone ranger. So once resto is in the pocket, then what? Leveling a female dwarf enchanter/inscriptor feels like another grind job. Having gained my title “Ambassador” I got a taste for more. So I figured what’s the coolest there is? Well, Loremaster sounds very SF-ish, elf-ish and if not fairy taily. It needs approximately 700 quests per contintent. But more important it makes you see everything in the Eastern Kingdoms and Kalimdor as well.

Then why go for the title since it’s such a tedious job. It’s all about having fun and the beauty of the zones from the original warcraft game is absolutely amazing. Besides the fact that those speedlevel like ‘projects’  are all about the end game and there’s just so much more to see and experience. And on another subject .. It’s payback time! 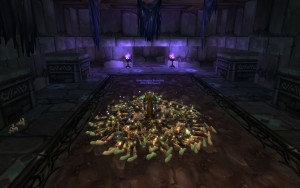 The undead donut of death

Where my warrior died time and time again, at level 80 my druid caster killed the mobs like a knife through butter which felt great, as are the big pulls in the low level dungeons. I realize it all depends on the person and what your likes and dislikes are but it definitely is fun to get that title.

Some screenshots for the people that are not convinced yet 😉 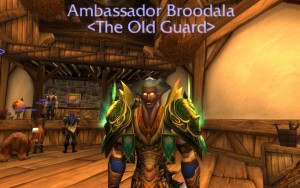 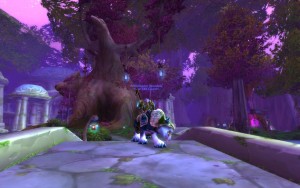 Back in the hometown 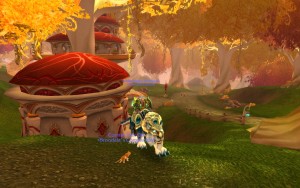 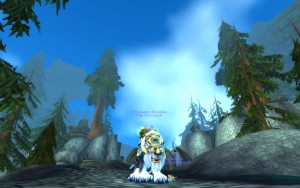 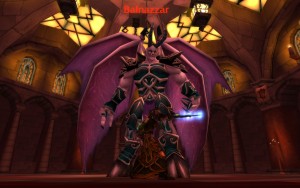 Wouldn’t want to withhold you my moments of joy. 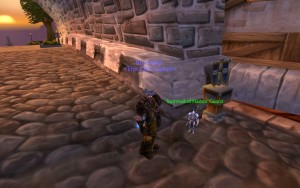 Are you old enough to do this? 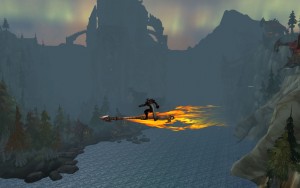 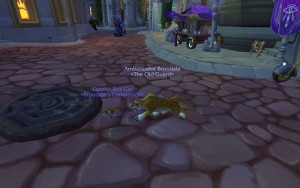 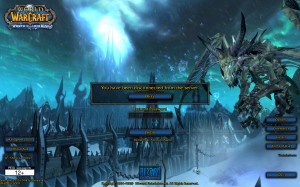 In every life some rain must fall 🙂

Hope you enjoyed this post and continue to have fun in WoW!

This website uses cookies to improve your experience. We'll assume you're ok with this, but you can opt-out if you wish.Accept Read More
C

This website uses cookies to improve your experience while you navigate through the website. Out of these, the cookies that are categorized as necessary are stored on your browser as they are essential for the working of basic functionalities of the website. We also use third-party cookies that help us analyze and understand how you use this website. These cookies will be stored in your browser only with your consent. You also have the option to opt-out of these cookies. But opting out of some of these cookies may affect your browsing experience.
Necessary Always Enabled
Necessary cookies are absolutely essential for the website to function properly. This category only includes cookies that ensures basic functionalities and security features of the website. These cookies do not store any personal information.
Non-necessary
Any cookies that may not be particularly necessary for the website to function and is used specifically to collect user personal data via analytics, ads, other embedded contents are termed as non-necessary cookies. It is mandatory to procure user consent prior to running these cookies on your website.
SAVE & ACCEPT